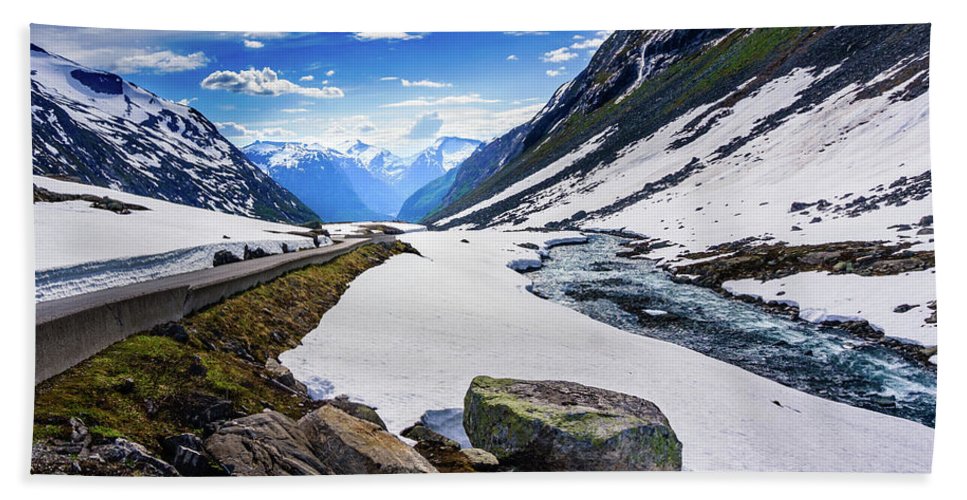 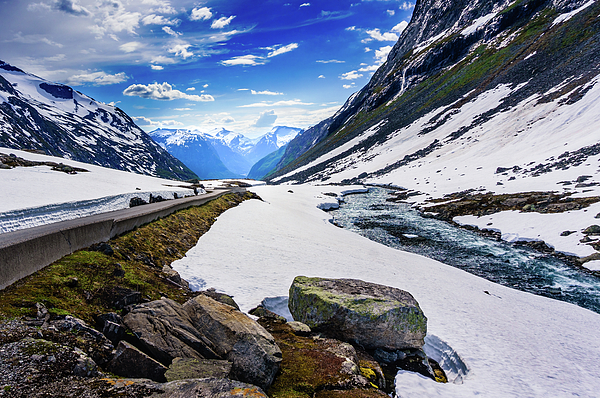 The road and the stream Bath Towel

In the middle of summer on Gamle Strynefjellsveg, the National Road 258, Norway.... more

CONGRATULATIONS! This outstanding piece has been FEATURED on the homepage of the FAA Group No Place Like Home, 11/08/2016! Way to go! You are invited to post it in the Features Discussion thread for posterity and/or any other thread that fits!

Congratulations your work is featured on the homepage of the Pixels/FAA Group Beauty in Art! 10/25/16 - Please share your Feature in our Feature's Discussion thread!

In the middle of summer on Gamle Strynefjellsveg, the National Road 258, Norway. County Road 258, also known as Gamle Strynefjellsvegen, is a 27-kilometre (17 mi) long road that runs through the Videdalen valley between the village of Grotli in Skjĺk Municipality and the village of Ospeli in Stryn Municipality. The road opened in 1894, but was replaced by National Road 15 in 1977 as the main route between the Nordfjord region and Eastern Norway. The road is closed from October to June and is designated one of eighteen National Tourist Routes in Norway.