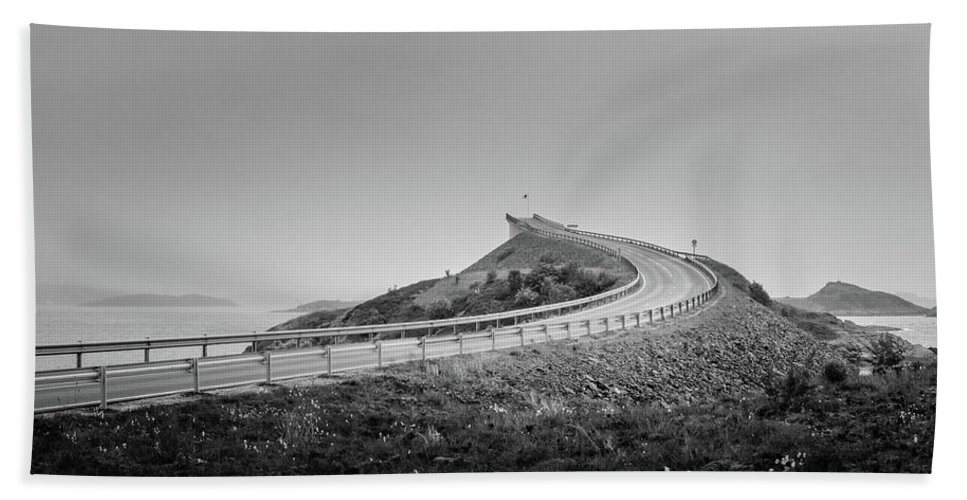 The Atlantic Ocean Road or the Atlantic Road (Norwegian: Atlanterhavsveien) is an 8.3-kilometer (5.2 mi) long section of County Road 64 that runs... more

Very nice--Love this in B&W

The Atlantic Ocean Road or the Atlantic Road (Norwegian: Atlanterhavsveien) is an 8.3-kilometer (5.2 mi) long section of County Road 64 that runs through an archipelago in Eide and Averřy in Mřre og Romsdal, Norway. It passes by Hustadvika, an unsheltered part of the Norwegian Sea, connecting the island of Averřy with the mainland and Romsdalshalvřya peninsula. It runs between the villages of Kĺrvĺg on Averřy and Vevang in Eida. It is built on several small islands and skerries, which are connected by several causeways, viaducts and eight bridges—the most prominent being Storseisundet Bridge. and is classified as a National Tourist Route. It is a popular site to film automotive commercials, has been declared the world's best road trip,[1] and been awarded the title as "Norwegian Construction of the Century". In 2009, the Atlantic Ocean Tunnel opened from Averřy to Kristiansund; together they form a second fixed link between Kristiansund and Molde.