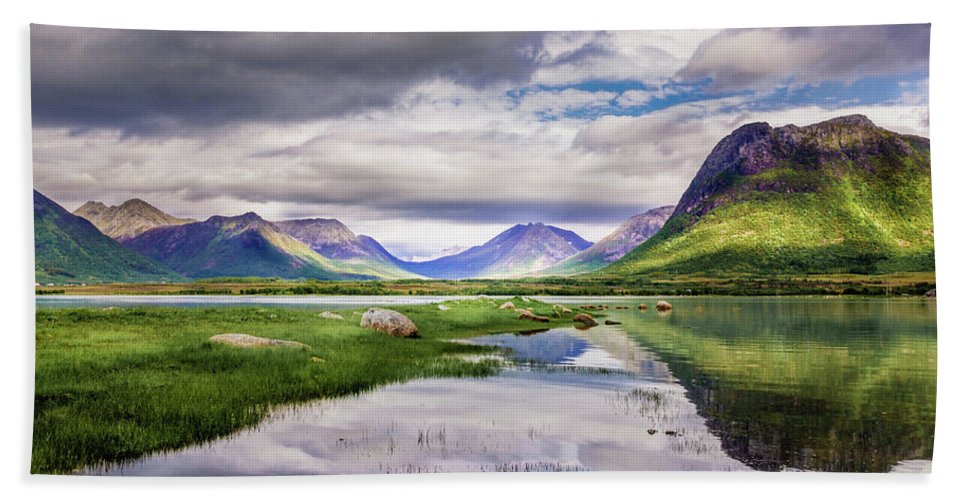 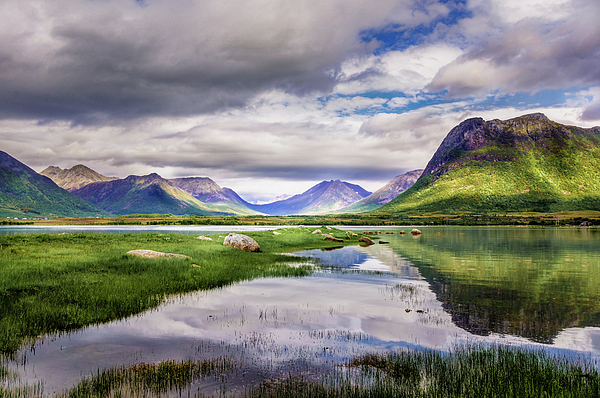 The rare breaks in the clouds create an interesting game of light on the mountains of Langoya Vesteralen Islands, Norway. View from Hinnoya through... more

Congratulations your work is featured on the homepage of the Pixels/FAA Group Beauty in Art! 12/15/16 - Please share your Feature in our Feature's Discussion thread!

The rare breaks in the clouds create an interesting game of light on the mountains of Langoya Vesteralen Islands, Norway. View from Hinnoya through Forfjord. Forfjord is a fjord on the west side of Hinn�ya island in Vester�len in Northern Norway. The name is derived from its pine forest, as "Furu" and "Forra" translates to pine tree. It has rich resources for small and large game hunters, rivers and mountain lakes attracting sports fishermen from near and afar, and a nature reserve with the oldest living pine trees on record in Northern Europe. Among 1000-year-old living trees, trees still standing have been dated to 830 AD. It is assumed that this forest served as source of timber and tar for viking ships, and there are settlements and burial sites that have not yet been excavated.